Here are some shots of our fashionable shirt in action! 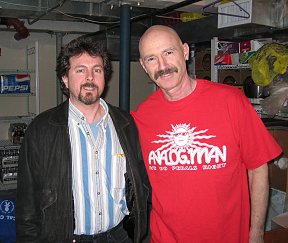 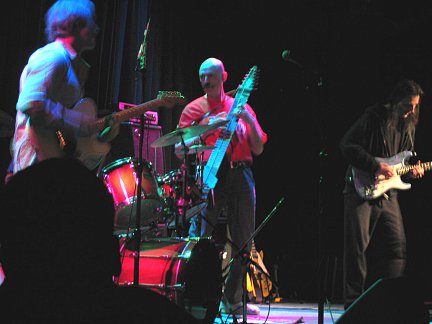 Tony that same night, playing with Jim Weider's Project Percolator, with Jesse Gress on the right and Jim on the left. They played some Elephant Talk in the middle of a jam!

Alf Hana from Norway, of the band Athana, playing in Sept, 2006: 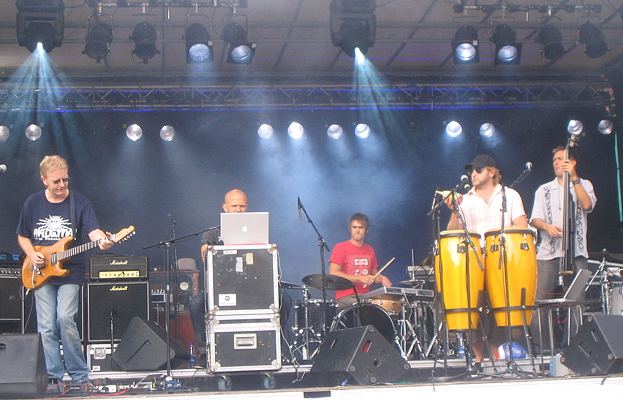 And Alf in Vietnam a few years later: 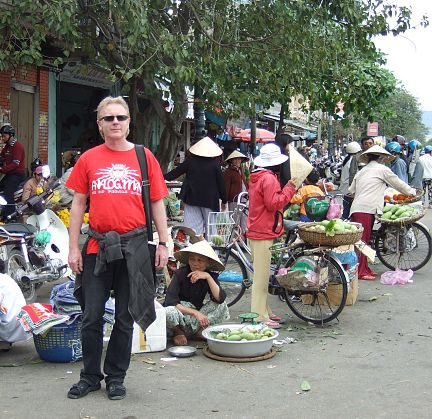 Here is a video of smokin' Bill Zink with his custom Analog Man shirt, click on the picture below. 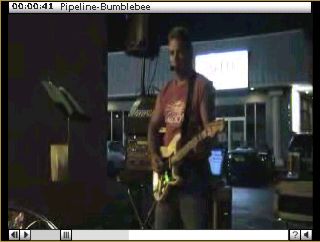 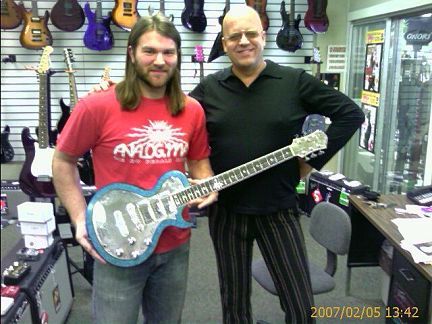 Jon Lawhun of the Benjy Davis Project, long time Analog Man customer. Here he's checking out a Teye Electric Gypsy guitar with Teye himself. I met Teye at the Boston Premier Guitar show in 2007 and NAMM 2008 and his guitar is about the best I have ever played. 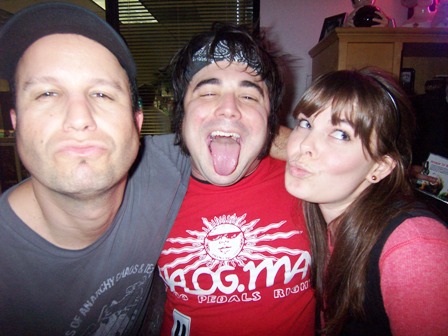 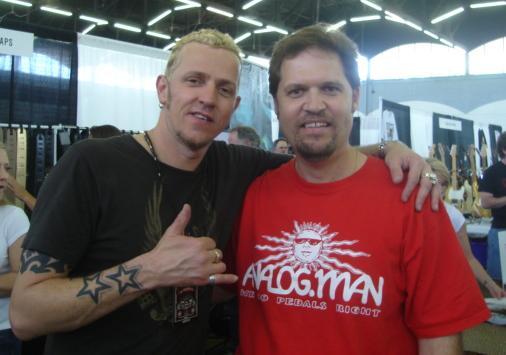 Christian Landry, who does a lot of repairs for us and Analog Man customers, with Gary Hoey at the Dallas Guitar Show in 2007.

Jim Weider Project Percolator in Italy, March 2007. Jim has the KoT, protoype BIGFOOT distortion. Mitch Stein on the right has a KoT and Chorus. 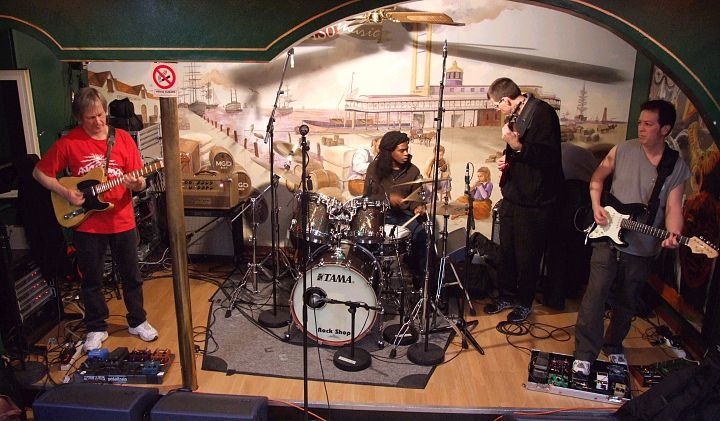 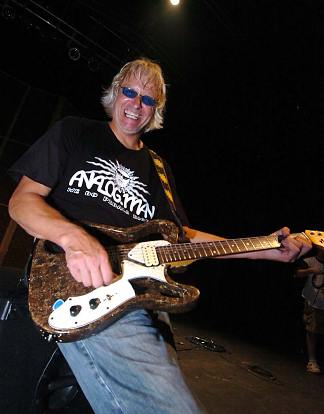 Doug Wahlberg rocking his carved out old Tele with a bunch of our pedals. Doug's band is awesome and they are playing around our area and New York all the time now, catch them if you have a chance! Another one of Doug with his guitarist Rick Tedesco from Guitar Hangar who's shop is just down the road. 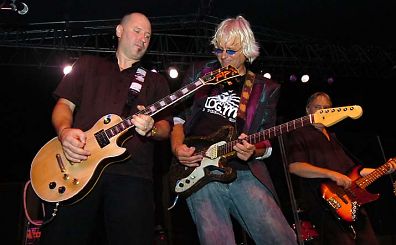 J Mascis and Dinosaur Jr. played in Israel in June 2008: 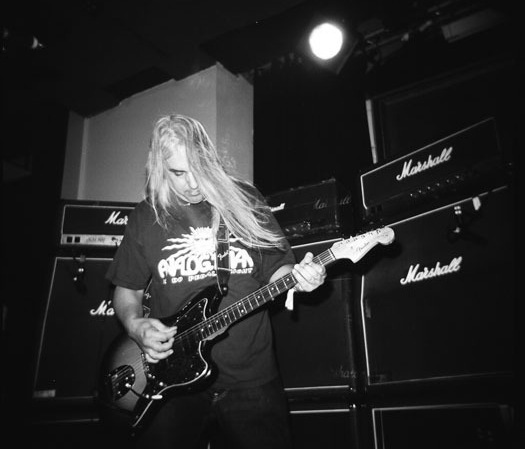 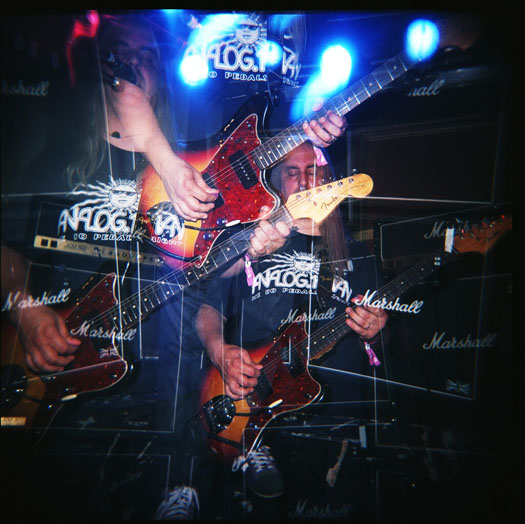 Vinnie Moore and his bandmates from UFO at Rocklahoma, 2008. 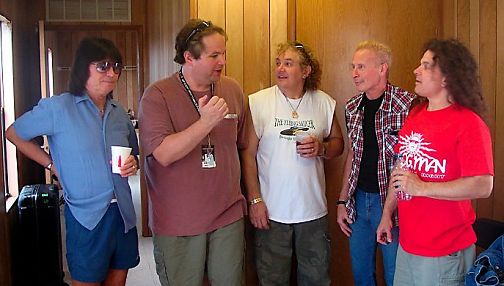 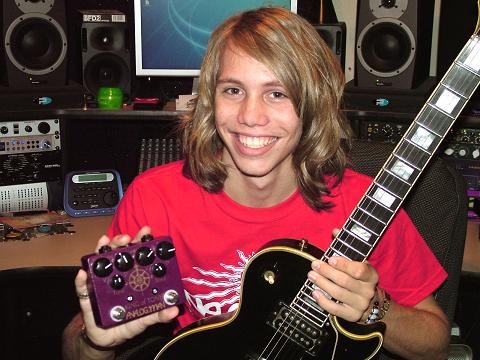 This is how Zach's baby saw his dad when brought home for the first time. I feel for the baby, and hope there is no long term damage. 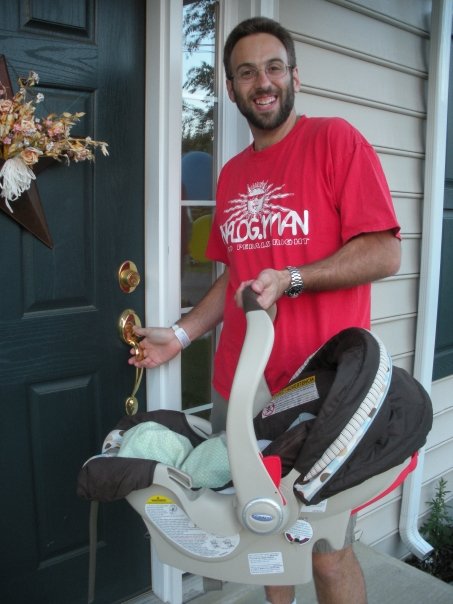 Chuck Garvey from moe. looking a little like the sunface on his shirt. 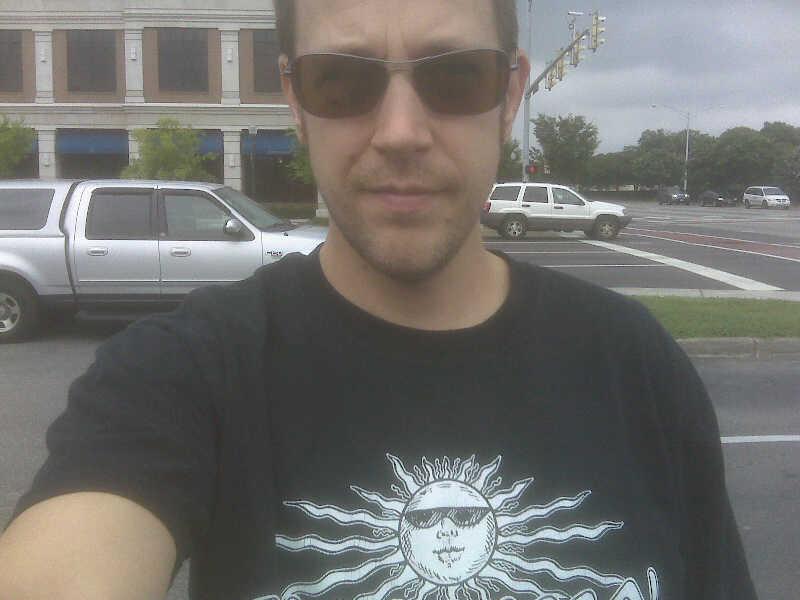 I met Mark Karan again for the first time after his recovery from cancer at The Gathering of the Vibes in CT, summer 2009. He's looking and playing great! Especially in his KoT shirt, with Bob Weir and Ratdog. 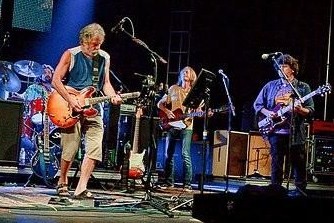 Craig wore a nice shirt visiting the Parthenon in Greece! I went there in the summer of 2010 but forgot to wear my ANALOGMAN shirt! 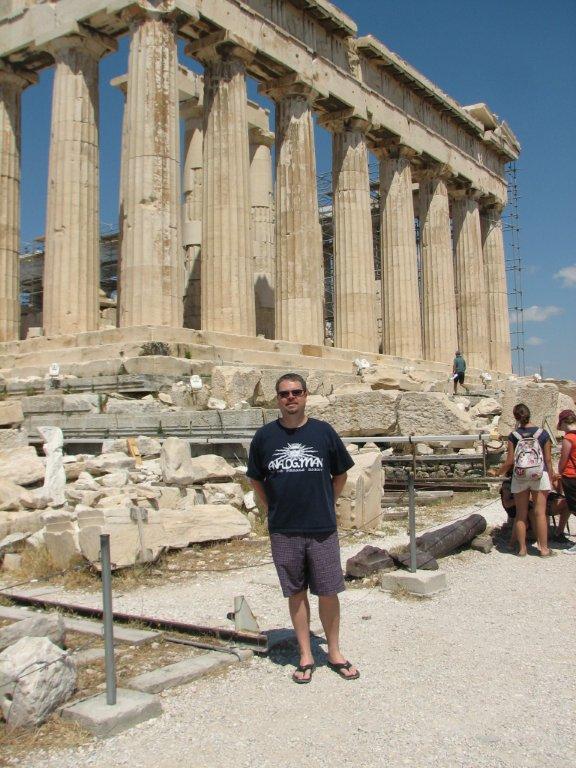 My old friend BobbyD rocking the Florida Keys in his AM shirt. 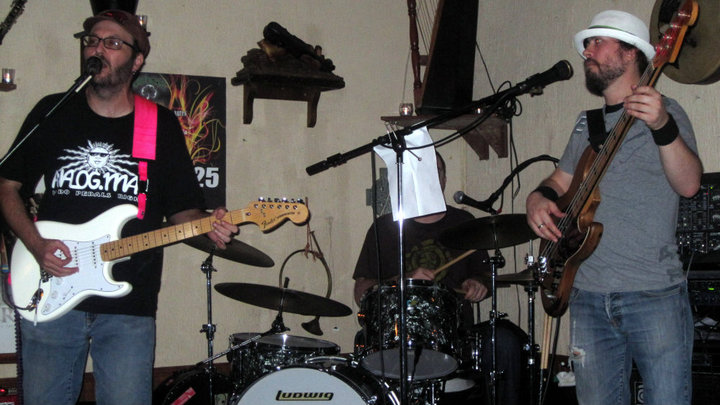 Dave Malone of the Radiators had been rocking for years and the band is finally calling it quits in 2011. Dave has been rocking his AM pedals for years too, here he is during their farewell tour in early 2011: 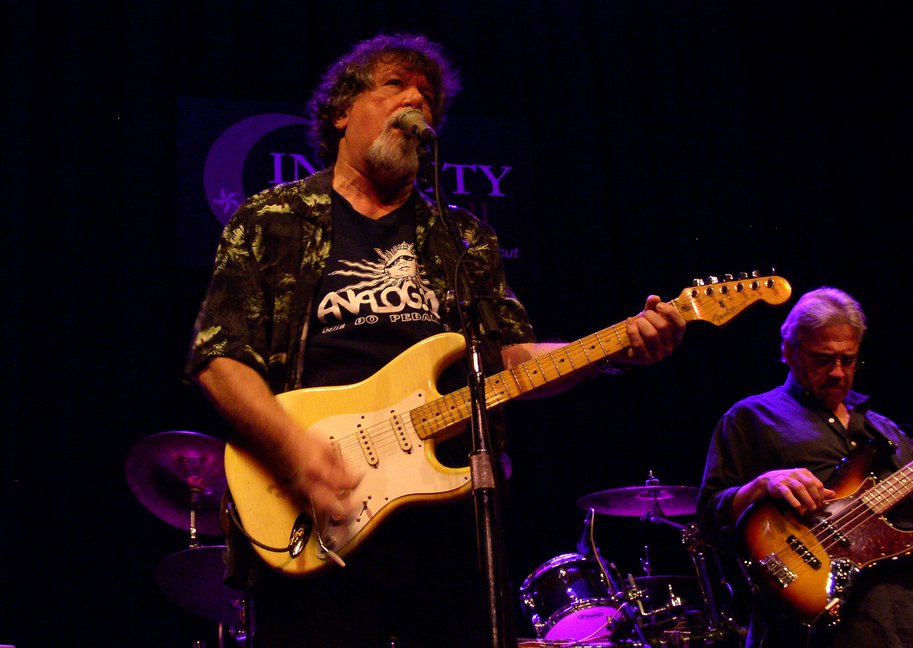 Kari and his friends in Finland got some Analog Man pedals and shirts in early 2012, have fun guys!!!!! 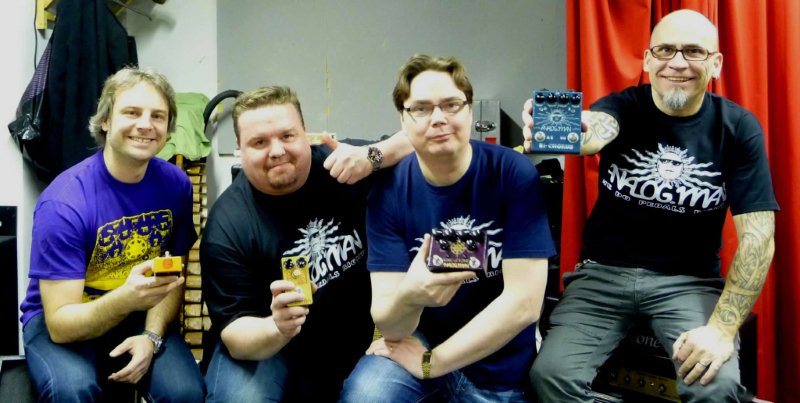 My buds Brad and Loni at The Amp Show 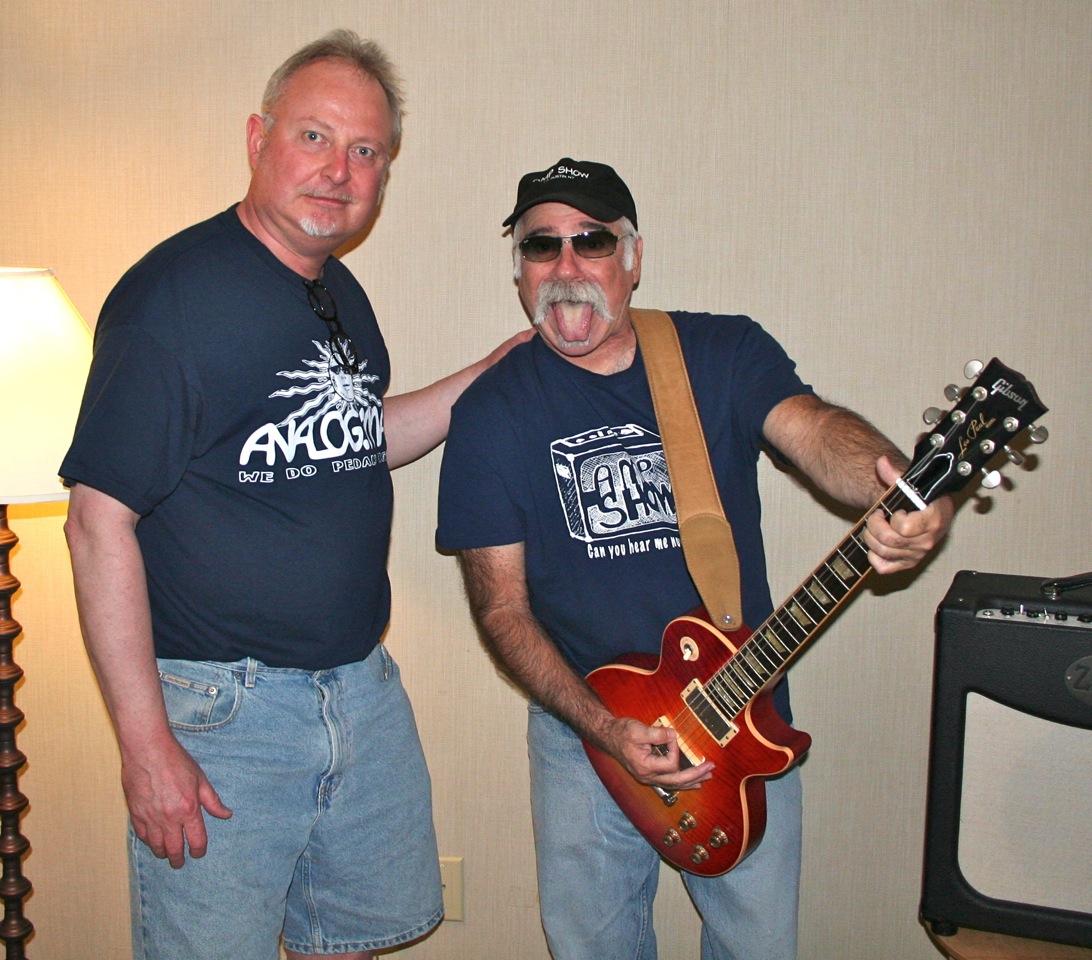 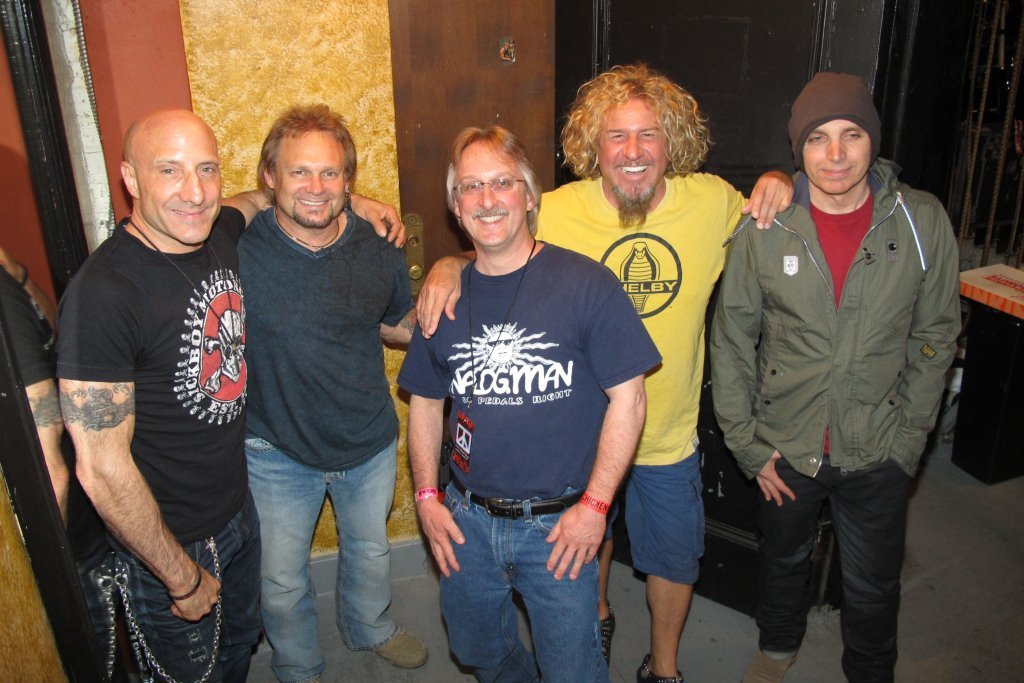 Stephen of the Michael Allman band with Michael: 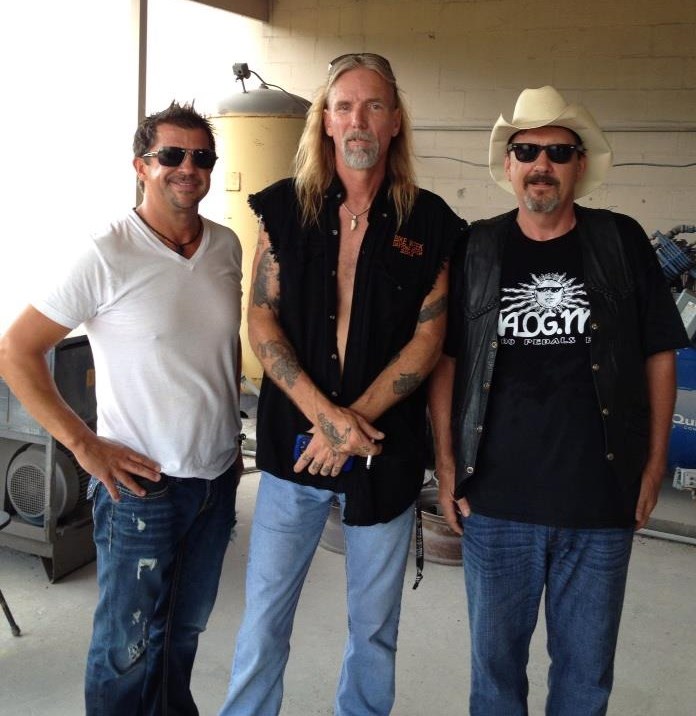 Jason brought his shirt to the highest mountain in England, Scafell Pike: 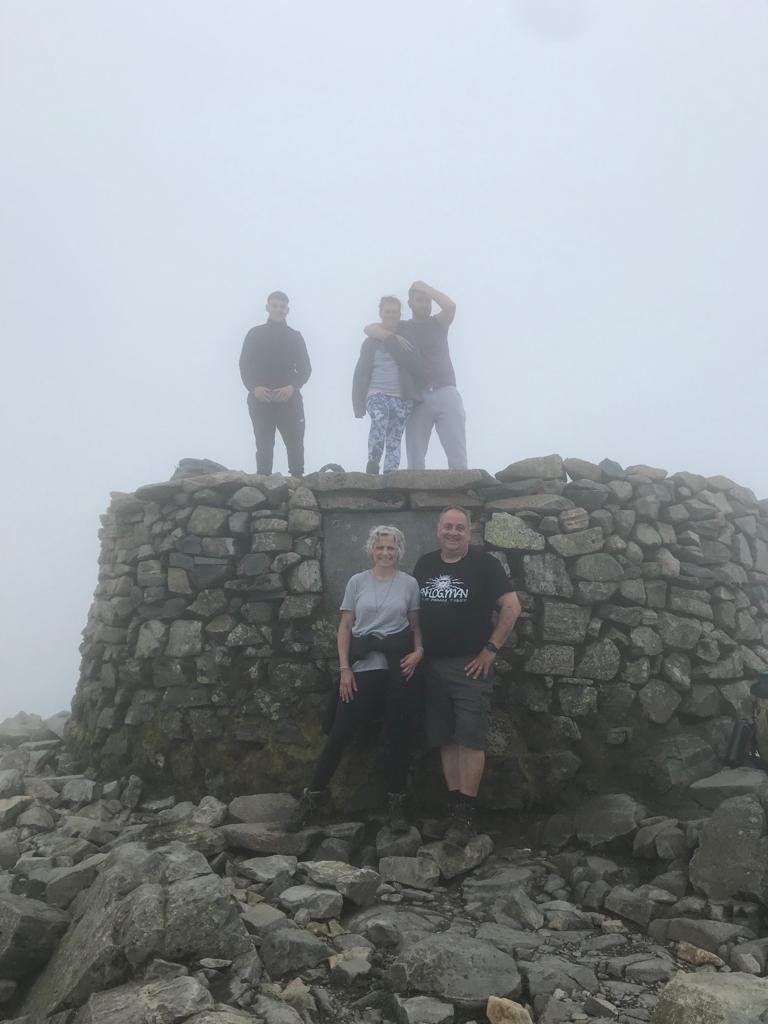